After a freak accident at a Empire Labs, NYC youth Jonny Regionson Jr. is infected with a health dose of Element 120, Jaintium. Strangely, it has granted him superhuman abilities. Taking up the (not-so-good) name of “The J”, Jonny plans to take down the mysterious “Big-Man of crime” and help his police captain father. But this kind of life won’t be easy, as this will pit him against supervillians, the police, and his own warping mind. 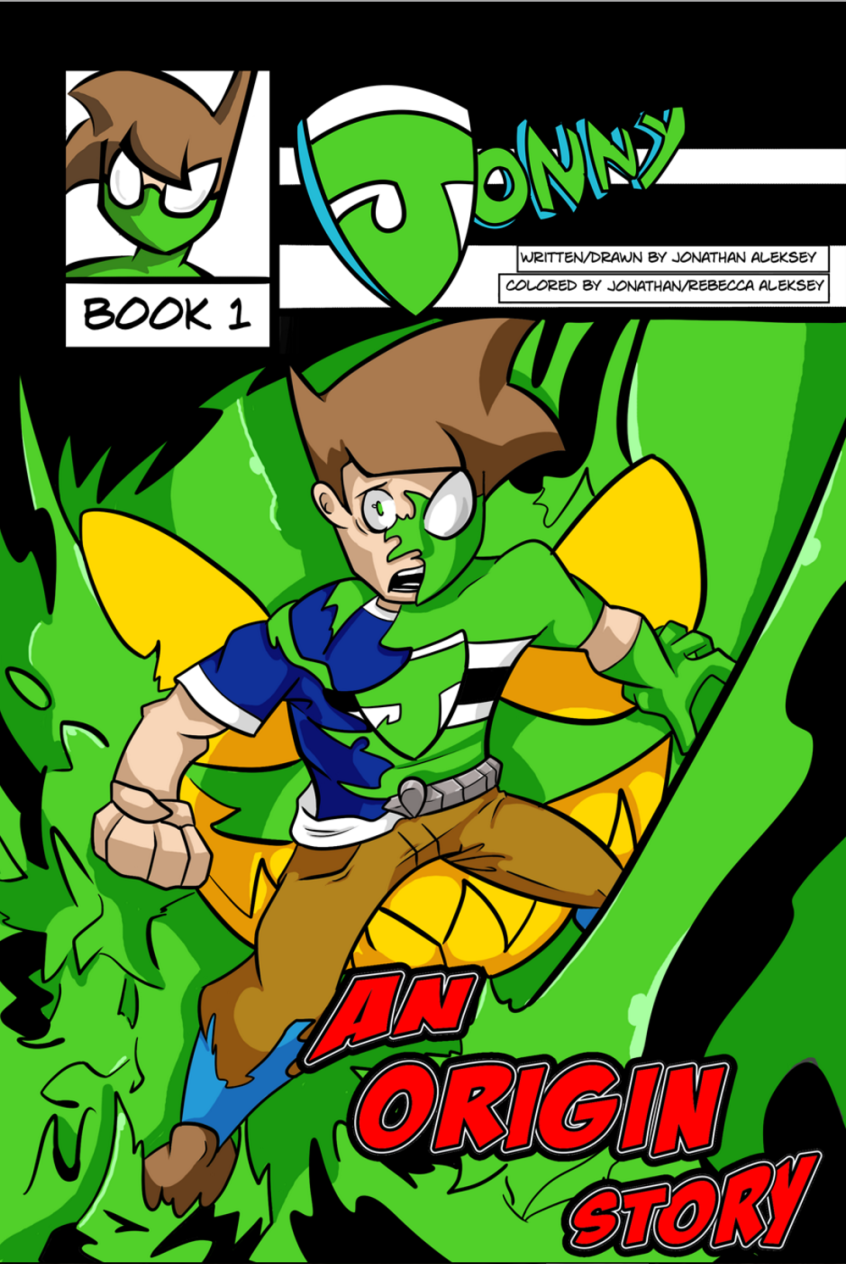 Jonny Web Series is your classic superhero comic. There seems to be only a few reasons to explain why someone has the super abilities they do, and unfortunately Jonny fits these cliché explanations perfectly. Jonny is involved in a freak accident at a lab with some substance that causes him to get new abilities.

What’s more, is that it follows along these classic superhero plotlines for a lot of the story. The protagonist is in contact with the police in some way (in this case the captain is his father), it takes place in NYC, and the protagonist has a secret identity only known by a select few (usually involving a scientist, because, well, convenience). I’m not saying this is a bad thing –obviously it draws people in –but it does limit the originality of a story which inevitably leaves the plot open for predictability.

The villains also create a sense of familiarity within these repeated classic worlds, including a supervillain created to destroy the protagonist through brute strength; and a mad scientist who wants to improve the world, but ends up taking a wrong turn along the way. Again, not a terrible thing as they certainly have an appeal –but the originality just isn’t there.

Although there is a lot of similarities between Jonny and other superhero comics, it doesn’t mean that I didn’t enjoy reading it –because I did. I actually love the characters that Jonny Aleksey has created and he has done a fantastic job of creating backstories for them. He also manages to incorporate personality quirks right into the natural conversations of the characters, which is important to help the audience get to know a character smoothly and efficiently –this is key whenever a new character is introduced.

So yes, Jonny does have a lot of cliché moments to it, which you may find unappealing (or not if you tend to enjoy the current mainstream superhero movies…), but the story is original enough that you can still pick it out amongst a crowd via key features –which I’m not going to list because spoilers suck.

One thing that I find truly satisfying is when a creator wraps up a chapter really well. Jonny Aleksey manages to do this in a superb fashion by leaving some intrigue for the next villain, but also summarizing where the hero currently stands.

Sorry no image –can’t give spoilers. 😉

Like always, when it comes to writing make sure you proofread before you send anything out. It helps to get someone else to read it over as well, as you might not notice some mistakes you make. Jonny has a few of these, nothing that makes it illegible, but something to watch out for.

Aside from that, the writing was overall very smooth. Conversations flowed nicely except for a few moments where it felt like a jump in script or a few rough patches in back and forth banter.

The one thing that concerns me is that there is sometimes a lot of speech on one page. It is important to remember to eliminate any unnecessary conversations that don’t add to the plot. You can seriously cut down a lot of words in a conversation if you break it down one sentence at a time.

Moving to the art, Jonny Aleksey starts off a bit rough, but as the chapters go on, he quickly improves. I’m a sucker for seeing the growth of a creator from one chapter to the next and it’s especially glorious to see when it is so evident that they are learning from their mistakes.

Jonny also is full of rich colouring that adds a nice finishing touch to the comic and compliments the plot as well, since green is a key component –oops. Sorry I said I wouldn’t give these away (this one isn’t really a spoiler anyway, so I stand by letting that slide).

I really don’t have too many negative things to say about the art in the newer chapters since it gets a lot better. What I can say is that there is always room for improvement and there are small details here and there that could probably be worked on. Just for some quick pointers, always watch for proportion and perspective errors. These tend to slip in unnoticed unless you really analyze a page.

That being said, Jonny Aleksey does a great job working with creating unique paneling and transitions between panels. These help create a strong flow, which can clearly be seen in action scenes, as well as capturing movement.

Using multiple panels isn’t the only way to capture movement and action scenes, however. This can also be done with strong, one-page or large one-panel designs. Jonny thrives off of these moments, just as any superhero comic should.

So, even though the overall plot may appear cliché, the more you read Jonny Web Series the more you fall in love with not only the characters, but the direction Jonny Aleksey takes the story.

If you like superheroes and can’t get enough of that style of comic –I’d recommend this comic to you for sure. It’s a classic story that just doesn’t seem to get old.

If you want to read Jonny, head on over to Tapastic, or read it on Jonny Aleksey’s main site.

You can also check out his other series, Valve Web Series on Tapastic or his main site.

I am a webcomic critic.